Scientists may be able to clone animals now (usually after many, many failed attempts which often result in several sad and grotesquely deformed "specimens" before getting just one minimally healthy animal who usually dies young of strange diseases) but they are still not able to manufacture DNA; the instructions that God wrote in our very cells that our wonderful bodies already know how to decode and follow.  What are the Risks of Cloning?  FDA on Animal Cloning

Any thinking person can look at a recipe book and realize that it has an author and a manufacturer and contains instructions on how to make specific things, so then anyone who understands even a tiny bit about DNA must also recognize that DNA is a set of instructions--a recipe if you will--written by an author, made by a manufacterer to instruct our very cells to create a specific result.

For now, scientists are stuck cloning rather than creating, and even if they do some day figure out how to manufacture DNA, they will still be using God's instructions and materials to do so.

13 You formed the way I think and feel.[a]
You put me together in my mother’s womb.
14 I praise you because you made me in such a wonderful way.
I know how amazing that was!

15 You could see my bones grow as my body took shape,
hidden in my mother’s womb.[b]
16 You could see my body grow each passing day.[c]
You listed all my parts, and not one of them was missing.
17 Your thoughts are beyond my understanding.[d]
They cannot be measured!
18 If I could count them, they would be more than all the grains of sand.
But when I finished, I would have just begun.[e]
Posted by cyberscryber at 1:24 AM 2 comments:


Riverside Ranch where I (Corinna Fritz) spent my early years on and my grandpa cowboyed on for over 30 years was owned by Lewis Ranches, LLC (Rex, Mickey and Bruce Lewis).  Riverside was located about 20 miles west of Laramie, WY on state hwy 230, extended west to Jelm Mountain, and south down in to Colorado.  I believe it is adjacent to Chimney Rock Ranch, where Bruce has chosen to make his home.

No, they didn't own the Swastika Ranch when it was the Swastika, and the Swastika didn't always mean what it means today  The Lewis' had been in Wy and had their own brand for a couple generations before taking over part of the Swastika.

The really neat thing is:  Mickey Lewis was a German Jew who escaped Germany as a very young child.  It really is poetic justice that she ended up where she did.

When Mickey's parents realized how desperate the situation in Germany was with Hitler at the helm, her mother told her to run.  At about 8 years old she walked I don't know how far, but for days across Germany.  She begged for food, and slept in barns.  One night she realized there was a mouse curled up with her, but she just decided she and the mouse were both in need of the warmth so she let it be.
Eventually, she made it to the coast where she was put on a boat with other refugees to the U.S.  I don't know where she lived when she was younger, but she ended up going to college and becoming a registered nurse.  Finally she met Rex and became "the ranch bosses wife" which is a demanding role in it's own right.

Rex and Mickey Lewis were offered millions of dollars for the ranch at various times and finally as they grew very old and their health began to fail, they sold the ranch for an obscene amount of money of which they would not divulge.  Truly a rags to riches story.  Happily, Mickey's mother and most of her family survived the holocaust.

Mickey would tell this and other stories while I worked alongside her to make sandwiches for the temp ranch hands that were hired to help during haying season.
Posted by cyberscryber at 1:46 PM No comments:

Predators
In any kind of bin, other decomposers like to move in and sometimes even predators that want to eat your worms will be found in the bin. Two common predators are red mites and centipedes.  Centipedes can be controlled by picking them out while harvesting the castings.  However, if you are unfortunate enough to get a case of red mites, its best to throw away the worms all the bedding (both used and unused).  Clean everything including bins, all tools used to work with your worms, and the room they area they are kept in thoroughly, then buy new worms and start over.

• insufficient ventilation;
• mass worm death due to inhospitable conditions; not keeping conditions within the four parameters;
• not cleaning bins often enough; or
• not cleaning the bins thoroughly enough.

If your worms are still alive, pick them out, discard the food/bedding, clean the bin really well, let dry completely preferably in the sun, and refill with fresh food/bedding.


White Mites
Another common and annoying issue are white mites.  The white mites won't hurt your worms, but they will invade any house plants you may have if your bin is indoors. If pH is kept closer to neutral, you will not experience the white mites in as many numbers.

Gnats and Flies
I have never had an issue with gnats or flies, and I believe it is because I am careful to not overfeed my bins, harvest frequently, clean the bins and re-bed/feed on a two week schedule.


Mice and Rats
To avoid mice and rats, make sure food is ground small and mixed well within the carbon source (browns).


A Note On Composting Rurally


Where we live (our back yard is separated from a national forest by a dilapidated barbed wire fence) we cannot leave garbage or foodstuffs including compost out-doors because of the many black bears, coyotes,  bobcats, opossums, raccoons, porcupines, the occasional cougar, etc.  If you live very far out, and would like to have a vermicompost bin out-doors, be sure to check with your local fish and wildlife agency to see if it is safe to have a compost pile outdoors. 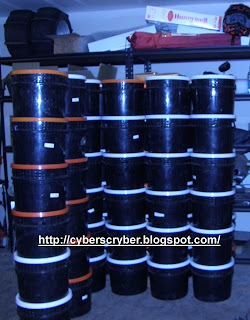 Posted by cyberscryber at 11:56 PM No comments:


This Video is 6 minutes, 33 seconds long and about 40 megabytes.  Out here where we live our only "high speed internet" choice is satellite and satellite always has a download limit, whether it's figured daily or monthly.  Our plan is one of the most expensive ones and allows us 475 megabytes per day, after which we are throttled back to about 14.4K unless we want to purchase a renew token for $10.00.  We don't do that often.  As a result, I only watch what I think will be very good videos.  This one was well worth the download.  So much so that I purchased the book, and I'm thinking I'd like to get the video too.

As the title of the book promises, it is more than just a cookbook, it is a memoir of living through the Great Depression as a child and teen.  Written in a humble and matter-of-fact voice that has come to symbolize the "Greatest Generation" Mrs. Cannucciari never-the-less fills the book with warmth, nostalgia, and humor while still managing to portray the realities of the Great Depression and the war that followed.   All in all, the book is a treasure trove of character formed by hard times, strong family, necessary sacrifice, and evolving values on the home-front.
Posted by cyberscryber at 2:24 PM No comments:


"Turkey Red tablecloths from the 1800s are a signature Tasha Tudor item, and they set the stage for every tea time (winter or summer) and every holiday gathering. They look especially striking with Tasha's trademark Blue Canton chinaware making a visual impact that feels so significant with the glow of candles and fireplace reflecting warm light over all."

Clicking on the button below will take you to Rookery Ramblings blog where you will find instructions on how to enter.  Good luck!

Posted by cyberscryber at 3:04 PM No comments:

Yeah, I know, its sort of funny to have a French and a Spanish word in the same title. I took one year of each in school and remember basically nothing of either.

Regardless, I love jalapeno poppers, but I live 35 minutes from the nearest supply of jalapeno poppers (Fred Meyer). I happened to be cruising Pinterest and came across a fabulous looking "jalapeno popper dip" from simplygourmet.com. Oh wow, did that ever look good. Suddenly I realized I had Laughing Cow cheese wedges, Ritz crackers and pickled jalapenos on hand. The very simple recipe follows:

Unwrap Laughing Cow cheese wedge placing it on a small plate. **NOTE:  Do not touch your face while working with jalapenos or other hot peppers, and either wear rubber gloves or wash hands immediately after working with peppers.** Get your pickled jalpeno slice(s) from the jar, place on cutting board and proceed to chop very fine.  Scoop up jalapeno pieces and put them on the plate with the cheese spread.  Use a fork to mash and distribute the jalapeno into the cheese spread.  Spread on crackers and serve.


Posted by cyberscryber at 10:52 PM No comments: 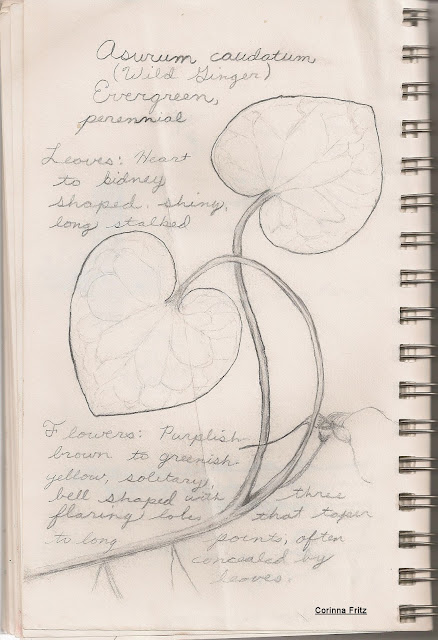 NOTES: The whole plant, when crushed, has a strong smell of lemon-ginger.  The roots can be eaten fresh or dried and ground as a ginger substitute.  • It has been reported that the fungus gnats deposit eggs in the throats of the flowers, but when the larvae eat the flowers, they are poisoned and die (Meeuse and Morris 1984). • The Nuxalk made a tea from wild-ginger root which was drunk for stomach pains. It was applied as a poultice for headaches, intestinal pains and knee pains.  It is known to have antibiotic properties.  The Sechelt boiled the leaves, crushed them and put them in bath water or rubbed them directly on the painful limb for arthritis.  The Squamish chewed the leaves and swallowed the juice for tuberculosis.  They and the Stl'atl'imx and Saanich used wild ginger as a good-luck charm and a protective wash when bathing.  The Skagit used the leaves in a medicinal preparation for tuberculosis.  The Skokomish drank the leaf tea in quantity as an emitic and to settle the stomach. • The word 'ginger' dates back to the 13th century and means 'horn-root' or 'root with a horn shape,' and it has generally been applied to plants with this particular flavour or smell.


To view more information/pictures of this plant go to:
http://www.fs.fed.us/wildflowers/plant-of-the-week/asarum_caudatum.shtml
Posted by cyberscryber at 4:15 PM No comments: